They say that one of the signs you’re getting old is that you find yourself, more and more often, using phrases such as: When I was a boy/girl, Back when I was young, In my day, When I was a kid. Well, you get the idea. Rather than fight this tendency I’ve decided to embrace it by posting, on occasion, blog entries the title of which will begin with “Back when I was Young”.

Back when I was young, during the mid-seventies,  it seemed Montreal was awash with Anglo/Irish Pubs. There’s still a good number of them today including Hurley’s, McKibbin’s , The Irish Embassy and the Old Dublin to name but a few, but when I was cutting my drinking teeth there was a circuit of pubs in the western downtown area. They all had similar décor; after all, there’s only so much variation you can have on the theme. There was lots of brass and not much plastic,  easily cleaned concrete or tiled floors (no carpets, thanks), wood paneling and large tables for large groups (remember, this was a time when people bought drinks in “rounds” and managed to do so without having to mortgage their homes). The requisite dart boards, and very small stages, often just a raised area in the corner because floor space was at a premium.

Maidenhead Inn ad from The Gazette in March 1971

Not only was the appearance similar but the entertainment was pretty much the same, at least in style. Usually a duo playing what North Americans considered traditional Celtic pub songs including Farewell to Nova Scotia, Whiskey in the Jar and The Black Velvet Band (and I hope they got those seven old ladies out of the lavatory). The main house act played Thursday through Saturday nights but other acts filled in the rest of the week so there was never a night without live music.

Starting this trip down memory lane, moving east from Atwater Avenue, the first pub you came to was the Maidenhead Inn in Alexis Nihon Plaza featuring the piano magic of Goa, India’s own Ferdie Fertado who would leave Montreal after several years and move to Laguna Beach, California where he passed away about three years ago. The Maidenhead waitresses wore low-cut “wenches” outfits while serving bottled beer and mixed drinks.

That was another shared feature not only of the Anglo/Irish places, but all Montreal bars at that time; beer came in bottles. Draft beer on tap was served only in taverns (and later brasseries) and was a cheap lower quality beer produced by the breweries for the express purpose of taverns.

Moving along, on the south-east corner of Ste. Catherine and Lambert-Clossé streets (then referred to simply as Closse) adjacent to the Shell Station, was the Clover Leaf that would close and, for a very short time, become Molly Maguires. I’d let you know what the décor was like, but I don’t think I was ever inside.

Next up is the Grandfather of Montreal Anglo-style pubs, the Cock ‘N’ Bull. It is still a going concern today although its red-roof entrance is gone and the inside is slightly different as well. In its original state the bar, complete with embedded British coins, was located halfway along the  east wall, about 15 feet toward the back from its current position, placing it smack in front of the “stage”, which is now the darts corner.

The stage was an area about 5 square feet that would give any claustrophobic performer a fit as it was enclosed on three sides by patrons hooting, hollering and singing. (A strict “no dancing” rule was enforced to cut down on accidents.) I also assume they have gotten rid of the sign that read: “Free drinks for anyone over the age of 70 and accompanied by a parent”. In these days of increased longevity that could become expensive!

Late Sunday morning was brunch time at the Cock ‘n’ Bull and Sunday nights were Dixieland Jazz nights. But one of the most popular events was Monday’s Amateur Night. The late Ted Blackman wrote a great column on the amateur spectacular in The Gazette in May of 1974

On de Maisonneuve right across from Sir George Williams University’s (now Concordia) Henry F. Hall Building was the Fyfe and Drum (neither Anglo nor Irish but clearly Scottish). The building was torn down to make way for the Concordia Library, but in its day the Fyfe was, not surprisingly, a hang-out for students.

Just a bit further east on de Maisonneuve in what has most recently been an entrance to Wanda’s Strip Club was Finnigan’s Irish Pub. It had been located on the top floor of the building, but by the time of the 1976 Olympics was a rowdy packed basement pub.

That summer of 1976 saw many bars filled to capacity and beyond as the world once again came to Montreal for the Olympics as it had in 1967 for EXPO 67. When I think back to evenings in Finnigan’s what comes to mind are the words fire trap.

Until a few years ago the Downtown YMCA building extended out over half of de Maisonneuve from Drummond to Stanley Streets. On the north side of de Maisonneuve not actually under the Y overhang, but in its shadow was the John Bull Pub. It was more of a Rock ‘n’ Roll place than traditional pub music. Except as the ad above shows they ran an amateur night on Monday’s as well, hosted by the ubiquitous Ferdie Fertado who clearly made the rounds.

On Drummond Street below Ste. Catherine Street in the basement of the Lasalle Hotel was the Irish Lancer. The Lancer’s bathrooms were outside the pub itself in a sort of lobby and were shared with guests of the hotel who were often confronted by drunk pub patrons.

On Peel Street just above Cyprus Street and the Windsor Hotel was the Hunter’s Horn. Given its location in the heart of downtown Montreal it attracted a more businessperson clientele – more suits than the other pubs. The upstairs lounge, or Parlor as it was called, was a bit up-market being carpeted and nicely appointed. It hosted the Montreal Press Club for several years. 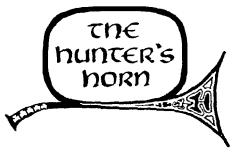 UPDATE: During the recent renovation of Alexis Nihon shopping centre, I snapped a couple of shots of what was once the Maidenhead Inn but is now a delicatessen.

Recently Elaine, who has commented on this post and let me know she worked at the Maidenhead Inn, sent me some pictures from her time there. With her permission I post them here. She also has an interesting online petition regarding Robin Hood’s Well in Nottingham; have a read and consider signing it.

DCMontreal – Deegan Charles Stubbs – is a Montreal writer born and raised who likes to establish balance and juxtapositions; a bit of this and a bit of that, a dash of Yin and a soupçon of Yang, some Peaks and an occasional Frean and maybe a bit of a sting in the tail! Please follow DC on Twitter @DCMontreal and on Facebook, and add him on Google+
Standard
Loading Comments...