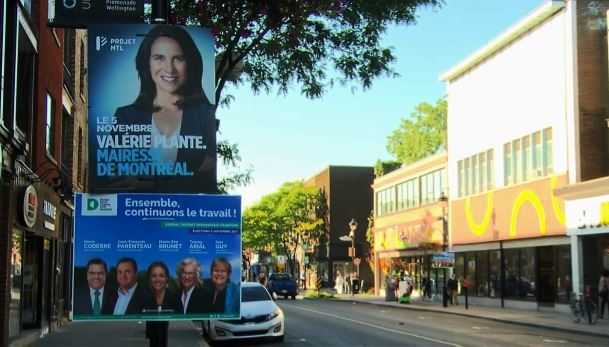 With Montreal a mere two weeks from municipal elections and one of the stump speech topics being the pit bull ban – the incumbent mayor is responsible for the current breed specific ban while his main opponent vows to overturn the law if elected – I thought it was time for me to go straight to the … er… pit bull’s mouth and catch-up with my canine friend. I have had two interviews with him which you can read here and here.

I contacted him in the usual manner which, of course, I cannot divulge, but it requires a text message and not an ultrasonic whistle. He was slow to reply but agreed to a short interview, given the seriousness of the issue in light of the election campaign.

I secured the usual payment of Milkbone large dog biscuits and made my way to the designated location. Upon arrival, I was patted down and sniffed fervently by a large pit bull. I have learned not to fear this process, and no longer think the guard dog is going for my jugular when he nears me and stands on his hind legs, although it is still a bit off-putting, dog’s breath and all. Having passed the security check I was nudged into a small room where my interlocutor awaited me.

The room was furnished with a table and one chair. The table was snout high, and dogs don’t use chairs.

At this I obeyed and placed a significant number, but not all, of the Milkbones on the table. I kept some to use later to lengthen the interview if necessary. He sniffed at them, poked at them held one up to the light before tossing it into his mouth.

Thinking I had fulfilled the requirements I began my questioning. “Sir, where do you …”.

Again he cut me off, this time he was tapping a large claw on the table in the vicinity of the biscuits. “All of them.”

“I beg your pardon,” I stalled.

“Put all the biscuits on the table,” he growled. :”I’m a dog. Do you not think I can smell a Milkbone in a pocket two feet away? No more games.” 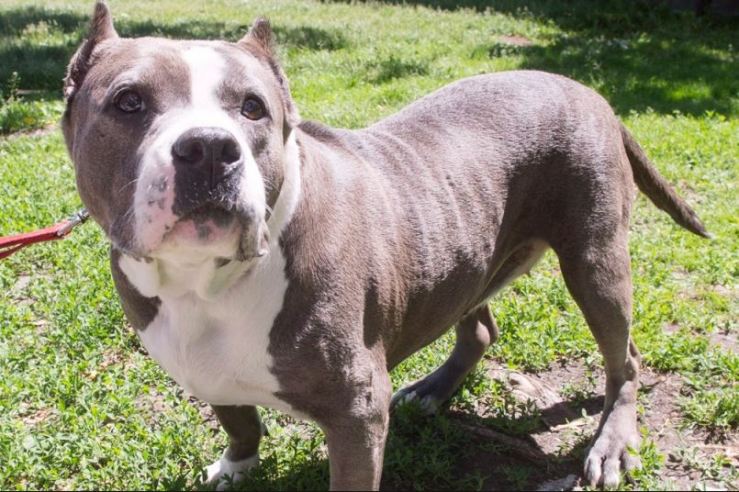 Sheepishly I emptied my pockets of biscuits and turned them inside out. He stared at me in such a way that I thought he was going to call off the whole thing, but he just shook his head in disgust.

”Have you been following the election campaign?,” I asked.

“Of course,” he snapped. “I’ve been active in trying to unseat this so-called mayor. For us there is only one issue, so the lines have been drawn. Pit bull ban vs no pit bull ban. Very simple, as basic as our very identity” He stated this in a matter of fact way while idly crunching on a biscuit. “It seems abundantly clear which candidate to vote for. Can you imagine many people voting for a man who openly attests his dislike of pit bulls?”

“Well,” I started fully expecting to be interrupted again. “There are other issues such as tax, road conditions, public transit.”

He slowly rose from where he had been sitting at the end of the table and made his way to me. Sitting on the floor he stared at me as if I was totally mad. “Tell me, Sunshine,” he said. “Have you ever had a dog?”

I told him our family had had several dogs when I was a kid.

“Did any of them pay taxes, drive a motor vehicle or take the bus? Did any of them care about green spaces or building permits? I think not. We usually forgo the whole election process, not wanting to sully our paws in the corrupt world of politics. If not for the pit bull ban I can assure you we would not be mobilizing.”

“And just how are you planning to mobilize? What do you have planned?” I asked, hitting my stride.

“Very simple. People cast ballots at polls; dogs pee on poles,” he explained with a smirk.

“I don’t like dog licenses – we’re not Volkswagens or Mazdas – but I am familiar with creative license. Polls or poles, you get my drift I hope,” he said.

“So if I understand it is your intention to have masses of dogs mobilize to urinate on polling stations and in fact the actual polls,” I asked.

“Got it in one Sunshine,” he quipped while tossing the last Milkbone into his mouth. “Gotta get going now. Getting the message out to dogs, helping them locate their peeing …er …polling station and encouraging them to drink lots of water takes up most of my time these days. Ciao.”

I thanked him and made my way out of his office under the watchful eye of the security dog. It’s going to be an interesting election.