Here I go again. Just when I thought it was safe to read packages once more I was confronted with yet another “new and improved” claim.

An entity can no more be both new and improved that can it be both round and square. By trumpeting the improved nature of the product the advertisers imply that an earlier version existed and has been improved upon. Yet if the product is also new, what is being improved upon? 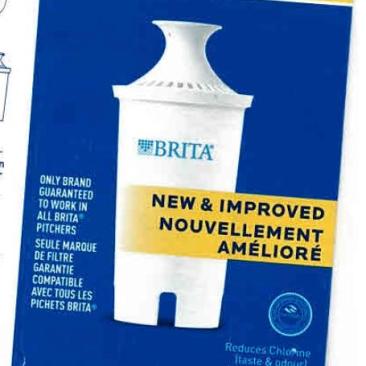 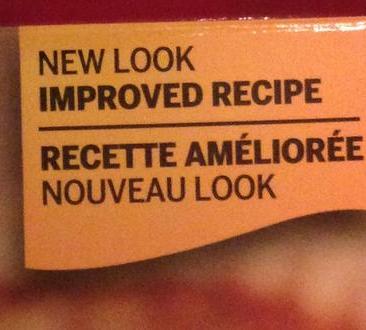 The photo on the left, claiming to be both new and improved, is an annoyance to me. The photo on the right explaining that an existing product now has a new look, and has been improved upon is anything but an insult to my intelligence. I don’t know how my Francophone colleagues feel about the word ‘look’, but from a proper English point of view it is an exemplary bit of marketing.

Sorry about riding my hobbyhorse yet again, but blame the Brita people, not me!

DCMontreal – Deegan Charles Stubbs – is a Montreal writer born and raised who likes to establish balance and juxtapositions; a bit of this and a bit of that, a dash of Yin and a soupçon of Yang, some Peaks and an occasional Frean and maybe a bit of a sting in the tail! Please follow DC on Twitter @DCMontreal and on Facebook, and add him on Google+

1 thought on “My “New and Improved” Hobbyhorse”