The results of two votes will be made public on Sunday: the Liberal Party of Canada will release the outcome of its leadership vote that has been taking place all week online, while in Venezuela the election to replace the late Hugo Chávez as president will be held. The only thing these two events have in common, other than coinciding,  is that they both appear to be foregone conclusions. 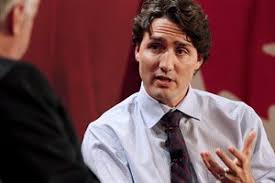 In Canada, Justin Trudeau seems to be a shoo-in as the new leader of the Liberal Party. He has already scored highly in national polls indicating the Liberal Party with Trudeau at the helm could unseat the Conservative government. Whatever the outcome, Trudeau has struck a chord with many by stating he will not use negative advertising and will stick to the high road.

Trudeau explained his choice reminded him of what  he used to tell students about the Cold War.

“And I like to believe that Canadians will respond to the latter.”

Meanwhile the Conservatives are alleged to have a war-chest of negative ads ready to launch should Trudeau be elected leader.  Do they have such short memories that they have forgotten the 1993 “Chretien Face Ad” fiasco, in which opposition leader Jean Chretien, who suffers from Bell’s palsy, was shown in close-up and it was implied that his appearance would make him a poor prime minister?  Many claim the ad swung support to the Liberals late in the campaign. It would seem Trudeau has cut the Conservatives of at the pass on this issue.

In Venezuela, although  opposition leader Henrique Capriles is reported to have narrowed the gap between himself and interim president Nicolas Maduro many feel it won’t be enough to overcome the “Chavez Effect”. Maduro has invoked the spirit of his predecessor at every turn to cash-in on the emotional environment that remains after Chavez’ death. He claims to have talked to Chavez, who appeared in the form of a bird, and told voters Chavez had blessed Maduro’s campaign!