While walking along busy rush-hour sidewalks it isn’t recommended to look up, lest you run into the person in front of you, or have someone bang into you from behind. Keeping your eyes on the sidewalk, as it were, is a much safer way to get to where you’re going. Safer indeed, but you are missing something for sure. I have already posted about Montreal’s street level history, today let’s look up. Those of us who grew up watching The Friendly Giant will be familiar with the phrase “Look up, look way up”

Like most modern cities Montreal’s downtown is full of glass boxes of varying sizes that house businesses and offices. But in addition Montreal has many older buildings that have been converted into businesses but retain, at least at the upper levels, their original look. At street level you see shops and bars and restaurants and if you enter one of establishments and go upstairs all inside is modern. It’s only when you look up from across the street that you can appreciate the craftsmanship that went into buildings all those year ago.

Below are some of the more notable examples of this architectural display. 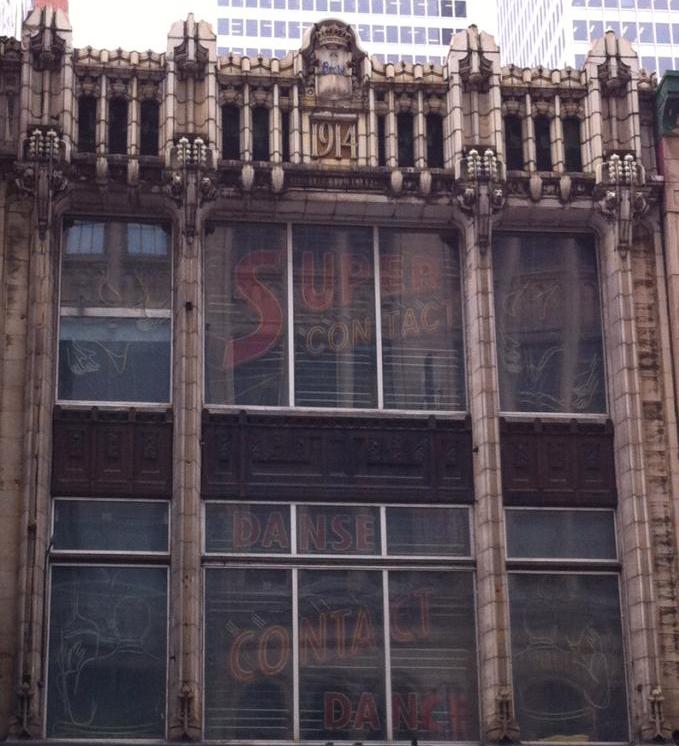 Above an Irish Pub

Above a Tim Horton’s

Above a magazine store

Above a men’s clothing store

One thought on “Montreal’s historical upper level; original architecture maintained one floor up”