At one time there was a whole lot of cornerstone laying being done in Montreal. I think the tradition has been forgotten or just ignored. Maybe we haven’t built anything lately that merits a commemorative cornerstone. The bazillion condo projects currently under construction pale in comparison to the elegance of some of the city’s older buildings.

This first one is on what is now the René Lévesque, once Dorchester, side of the Montreal Children’s Hospital and was placed in 1956 by Paul Sauvé who would later have an arena named for him. It commemorates an extension to the hospital.

Concordia University’s Henry F. Hall Building was part of Sir George Williams before it merged with Loyola College to become Concordia. It seems appropriate the stone should have graffiti on it as the building was once the site of a riot. 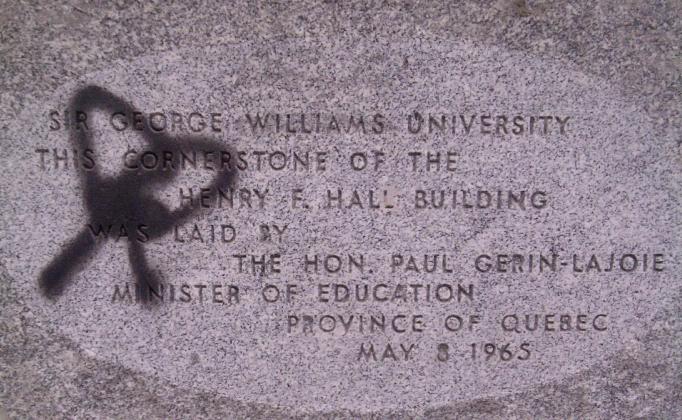 The Sun Life Building has not one but two cornerstones, and given the stages of its construction I’ve got a hunch there’s a third somewhere.

At the time of its completion the Sun Life Building was the biggest in terms of square footage in the British Empire. It housed the Royal Jewels during the Second World War. Today, it is Montreal’s 17th tallest building. 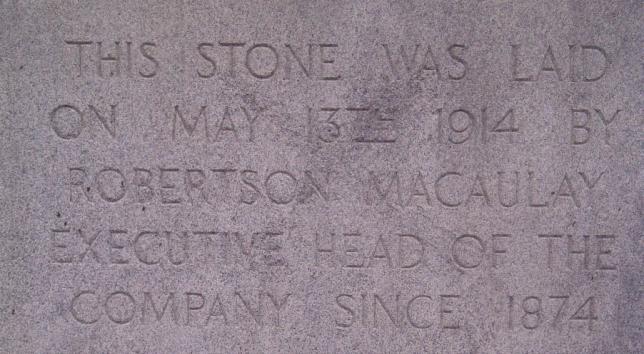 The Cathcart Armoury on, appropriately Cathcart Street, took the cheapie route and only used the date, 1933. At some point later a modern sign was affixed. It is home to the Maisonneuve Regiment. 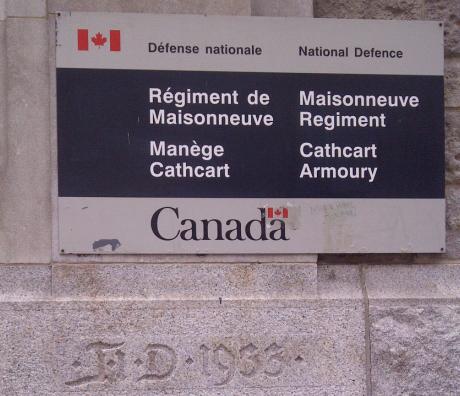 Last but not least is what appears to be the oldest building in Montreal, if not all of North America. The Dominion Square Building, which had its square renamed to Dorchester during one of Montreal’s nomenclature balancing act attempts, looks like it was built in 1250!! Okay … that’s the address! 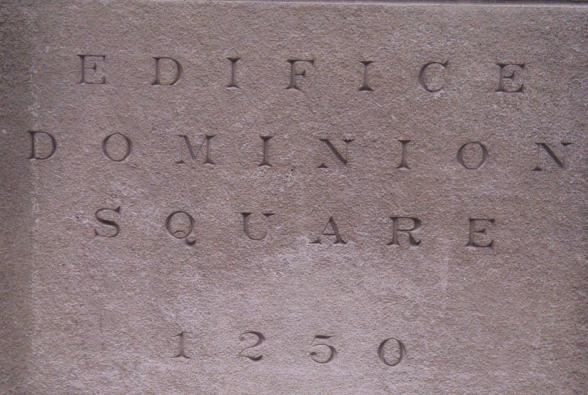 2 thoughts on “Montreal cornerstones: A bit of history and one very old building”